The Hunting Museum of Finland

The Hunting Museum of Finland is the leading information center and service institution on its field in Finland. The mission of the museum is to collect, study, preserve, and to display Finnish hunting culture, past and present. The museum operations include a library and an archive serving researchers and public. Every year the museum offers multiple exhibitions and events for local and national audiences.

The collections include over 20 000 hunting related artifacts and over 140 000 photographs. The library has probably the widest collection of hunting related books and magazines in Scandinavia. Besides in Finnish, a large amount of books in Swedish and also in English are included in the library collection. The archive holds significant organizational archives such as the Archive of the Finnish Hunters’ Association and the Archive of the Game Preservation Foundation of Finland. The archive also collects files of private hunting clubs and persons. 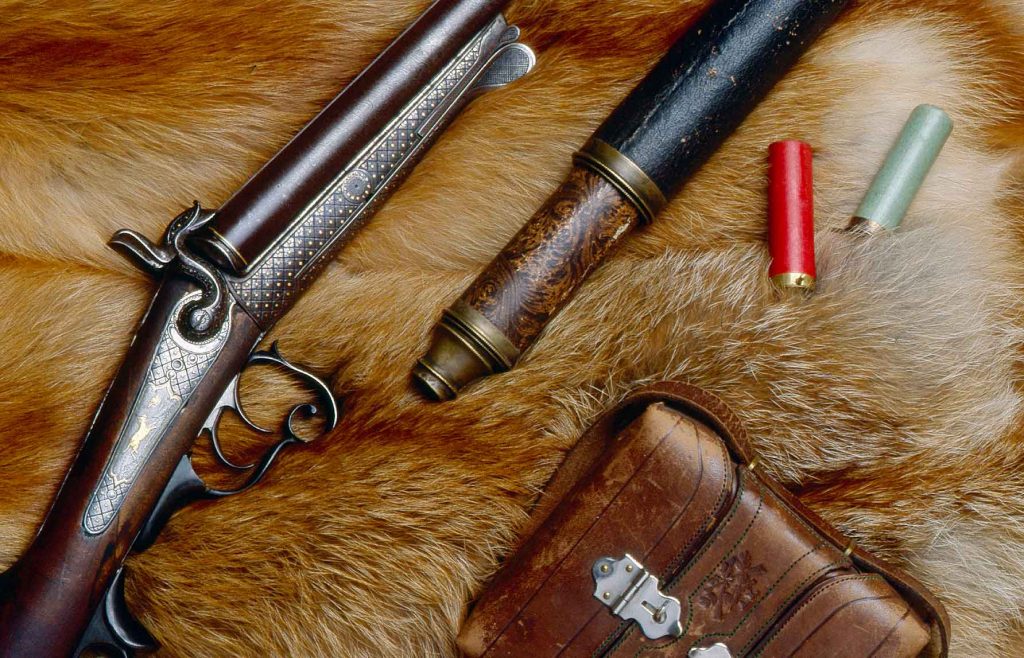 The permanent exhibition of the museum presents a general overview of the ten thousand year-old history of Finnish hunting – the period during which hunting developed from a means of earning one’s living to a free time activity.
Each year, the Hunting Museum of Finland produces one to two traveling exhibitions which are first displayed in the museum and then offered for display to other museums, nature centers and cultural organizations. Besides the self-made exhibitions, the museum hosts yearly several traveling exhibitions produced by other institutions.

The main exhibition of the year 2021 is Sako 100 years, a jubilee exhibition of the renowned Finnish gun manufacturer. Sako Ltd. started as a gun repair workshop for the White Guard of Finland after the Finnish Civil War in 1919. April 1st 1921 a separate company, Firearms and Machine workshop of the Civil Guard (Suojeluskuntain Ase- ja Konepaja) was established. During the Second World War, Sako produced large amounts of weapons and cartridges for the Finnish Military Forces. After the war, manufacturing of hunting rifles began, as well as exporting guns abroad. In 2000 Sako was sold to Italian Beretta Holding B.V.

The Hunting Museum of Finland was founded by the Finnish Hunters’ Association in 1930; however, the museum was not opened until 1972 in Porvoo. In the spring of 1990, the museum moved into a new building built by the city of Riihimäki. The Hunting Museum of Finland Association is responsible for the activities of the museum. Individual members, in addition to national hunting organizations, make up the membership of the association. The activities of the museum are financed primarily by fees collected from game licenses and the funding from Ministry of Education and Culture.